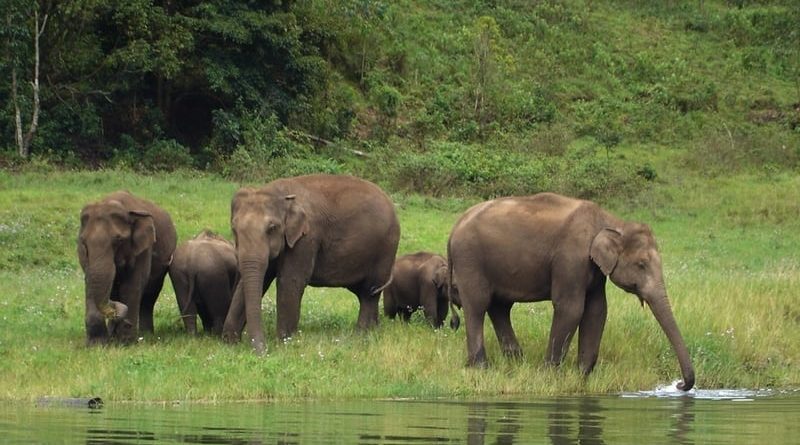 Munnar is a fascinating hill station located in Idukki district of Kerala. It is one of the best Tourist places in kerala and among the must include places in your honeymoon destinations. This is also one of the famous weekend getaways from Kochi, Coimbatore & Madurai cities.

Munnar is a popular hill-station of Kerala perched at an altitude of 1600 metres in the Western Ghats. Famous for its tea estates, various shades of green, blankets of mist and craggy peaks, Munnar is known as the ‘Kashmir of South India’.
Munnar serves as the commercial centre for some of the world’s largest tea estates. The Eravikulam National Park, Salim Ali Bird Sanctuary and tea plantations are its major attractions.
Mattupetty Dam, Pothamedu Viewpoint and Tea Museum are among the must include places in your destination list.
Munnar is at the confluence of three rivers – Madurapuzha, Nallathanni and Kundala. In Tamil, Munnar mean ‘Three Rivers’. Munnar is home for some of the world’s best tea estates. Majority of the plantations are owned by Tata Group’s Kannan Devan Tea Estate.
Munnar also has the highest peak in South India – Anamudi, which towers over 2695 meters. Trekking facilities are available to reach Anamudi on foot.
Munnar is also known for Neelakurinji flowers, which blooms once in 12 years. The kurinji season in Munnar is a magnificent sight as the hills and valleys are blanketed by Neelakurinji blooms.

Temperature ranges from a least of 0⁰C to a most of 28⁰C. Warm clothes and rain gear is recommended. The tourist season is from Aug-Mar.
Nearest transport stations
ShareTweetShare
Previous Post

Cocoland, The paradise of the south, Kovalam Kerala, India how to get there?

Things to do in Keralamkundu will impress your friends

Things to do in Keralamkundu will impress your friends

Why dishes of kadamakudy island make you hungry?